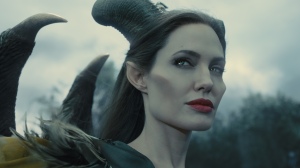 3 stars (out of four)
Rated PG for sequences of fantasy action and violence, including frightening images
Disney
Available on: Blu-ray, DVD, digital download and on demand

In 1995, novelist Gregory Maguire created a sensation with “Wicked: The Life and Times of the Wicked Witch of the West.” This revisionist tome cast the villain of L. Frank Baum’s “Wizard of Oz” in a brilliant new light. In Maguire’s world, the supposedly wicked witch is a misunderstood political activist, not the embodiment of evil. With “Maleficent,” Disney borrows Maguire’s trick, delivering a fresh and sympathetic look at the much-despised villain of “Sleeping Beauty.”

The danger in such a move – at least for Disney – is that it could backfire, convincing youngsters that the studio’s original animated film got it all wrong. But that’s doubtful. It seems more likely that “Maleficent” will reinvigorate interest in Disney’s 1959 classic, a fact underscored by the studio’s decision to reissue the film on Blu-ray.

In truth, “Maleficent” is a winner no matter how one feels about “Sleeping Beauty.” A viewer could conceivably enjoy the film without even watching the original, but it’s definitely more fun for the acquainted. Familiarity with the cartoon allows viewers to contrast pre-existing impressions of Maleficent against those generated by the new picture, and that makes things interesting from an academic standpoint. Like “Wicked,” “Maleficent” argues that point of view is everything, and it shames those who pass judgment with limited facts.

In “Sleeping Beauty,” Maleficent is presented as an unfeeling monster who thinks nothing of cursing King Stefan’s daughter, Aurora, to eternal slumber. In “Maleficent,” viewers receive a full accounting of the events leading to this drastic action, and – although they may not agree with Maleficent’s choices – they should at least understand her rage.

Most viewers, I think, will move beyond simple understanding and sympathize with Maleficent (Angelina Jolie), viewing her as a victim, not villain. Jolie is a pleasing screen presence, and she does a nice job in the title role. The actress’s striking cheekbones and confident stature offer a sense of nobility, and her acting chops assure that Maleficent is fully fleshed out.

There is evil in this version of Maleficent, and Jolie allows the darkness to creep onto her features. But it’s important to note that the evil is coaxed to the surface by powers outside her control. At the core, Maleficent is a good person, and Jolie is excellent at balancing both sides of the character.

Aurora (Elle Fanning), on the other hand, is one-dimensional. She is presented as the purest form of good, so Fanning doesn’t have much to play with. Still, the young actress’s angelic good looks suit the part perfectly.

Stefan – who plays a far larger role in this film than in “Sleeping Beauty” – is the juiciest male character, and Sharlto Copley (“District 9”) injects him with life. Like Maleficent, Stefan is complicated, and Copley digs into the role.

“Maleficent” is the first directorial effort by Robert Stromberg, best known for his work in visual effects, and he makes a solid transition. The film moves gracefully, paying homage to the original Disney film without becoming cloying. For adults, “Maleficent” would have been more fun if Stromberg took the material to a darker place, but that’s hardly fair criticism. Disney clearly wanted a family film, and that’s just what Stromberg delivered.

DVD extras are limited to a behind-the-scenes feature with Fanning. The Blu-ray release contains several more featurettes and a collection of deleted scenes.

Anyone who follows the movie business knows the industry is driven by trends. It’s commonplace for film genres to wax and wane and for similar themes to emerge during the course of a season. This year, Hollywood had Hercules on its mind, as two major features were dedicated to the mythological hero. Sadly, neither is memorable.

Director Renny Harlin’s “The Legend of Hercules” came first, delivering a so-so take on the Greek demigod’s exploits. Director Brett Ratner’s “Hercules” hit theaters later and has the benefit of an A-list star (Dwayne Johnson). Ratner’s film is not, however, graced with an A-list script.

The good news for mythology fans is that each picture at least strives to be different. Harlin went traditional, introducing Hercules as a half-human, half-God hybrid with superhuman abilities. Ratner, on the other hand, paints Hercules as a mere mortal. Although he can be killed like any man, Ratner’s Hercules (Johnson) uses exaggerated stories about battlefield prowess to fuel rumors that he is a god and strike fear into enemies. This Hercules is unnaturally strong, but he owes much of his reputation to a small band of warriors who follow him into combat. This group includes his nephew (Reece Ritchie), a slight fellow whose main job is to awe audiences with tales of his uncle’s greatness.

Despite a reputation for heroics, Hercules and his friends live by wandering Greece and waging war as paid mercenaries. After a brief introduction, the group is offered a huge sum to help an aging royal protect his kingdom, and the plotting moves forward from there.

The decision to scrap Hercules’ demigod status is praiseworthy, but little else feels fresh. After a brief introduction, Ratner allows the film to fall into a predictable action-movie rhythm. The fight sequences are good but not groundbreaking. Viewers who have a Blu-ray 3D setup can watch the film in that format, but it doesn’t add much.

The one thing “Hercules” has over Harlin’s film is its blockbuster leading man. Johnson is a decent action star, and he gives a respectable – although simplistic – reading of the title character. The supporting cast is made up of terrific players, including Ian McShane, John Hurt, Rufus Sewell and Joseph Fiennes. Unfortunately, Ratner places the focus on stunts rather than character development, meaning the cast does little to elevate the bland material.

Blu-ray and DVD extras include a making-of feature.

2 ½ stars
Rated PG for action and some peril
Disney
Available on: Blu-ray, DVD, digital download and on demand

Disney’s decision to elevate “Planes” from a direct-to-video title to a theatrical release in 2013 was a solid business decision, as the film grossed more than $90 million in U.S. theaters. It also paved the way for a quick-turnaround theatrical sequel in the form of “Planes: Fire & Rescue.”

The theatrical success of these movies does not, however, change the fact that both pictures in the “Planes” franchise are second-tier efforts dressed up with first-tier marketing. The proof is in the plotting, which falls short of the work in better Disney/Pixar titles, like “Frozen” and “Cars.” It was the latter movie that inspired “Planes,” and characters from both franchises inhabit the same world.

Where topnotch Disney/Pixar efforts are inventive and occasionally even subversive, both “Planes” movies are riffs on established norms. This is especially true with the original film, which – as an air-racing feature – seemed like a thinly veiled “Cars” clone.

For “Fire & Rescue,” director Roberts Gannaway moves the action out of the racing world, giving the material at least a dash of originality. This shift is facilitated by the discovery that racing star Dusty Crophopper (voiced by Dane Cook) has pushed himself once too often, doing irreversible damage to his gearbox. Since Dusty is an older model, Dottie the mechanic (Teri Hatcher) can’t find replacement parts, meaning he must pamper his engine or face a life-threatening crash.

Unable to race, Dusty volunteers to become a firefighting plane, and he meets a host of new aircraft, including a tough-guy helicopter named Blade Ranger (Ed Harris) and a flirty firefighter named Lil’ Dipper (Julie Bowen). The career shift also propels Dusty into a high-stakes world where lives – not trophies – are on the line.

“Fire & Rescue” is colorful and well animated, and the reappearance of familiar characters should satisfy young fans. Older viewers will be less accepting because the film lacks panache. The plotting is straightforward and predictable, and the little in-jokes that make Pixar films so rich are largely (although not completely) missing.

In short, “Planes: Fire & Rescue” is good enough to take flight, but it never soars.

“A Five Star Life”: Italian drama centered on the personal dilemmas of a forty-something woman who makes her living as a secret shopper (Margherita Buy) inspecting high-end luxury hotels. Presented in Italian with English subtitles.