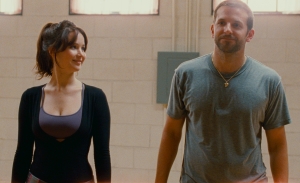 4 stars (out of four)
Rated R for language and some sexual content/nudity
Anchor Bay
Available on: DVD, Blu-ray, digital download and on demand

Although Jennifer Lawrence’s best actress Oscar was the only honor “Silver Linings Playbook” pulled down at the most recent Academy Awards celebration, it’s impact was greater than that single award indicates. That’s because the film went into Oscar night with eight total nominations, including one for best picture. The movie also received a best director nod for David O. Russell, and it was the only film to receive acting nominations in all four categories. Although they didn’t win, Bradley Cooper was up for best actor, Robert De Niro was up for supporting actor and Jacki Weaver was in the race for supporting actress.

Movie awards are not the most important indicators of a project’s quality but – when the system is at its best – they point viewers toward worthy pictures. This is certainly the case with “Silver Linings,” as the film is rare in terms of both technical prowess and substance.

“Silver Linings” centers on Pat Solitano Jr. (Bradley Cooper), a thirty-something man struggling with a recent diagnosis of bipolar disorder and a court-ordered stint in a mental institution. When his mother (Weaver) checks him out, he has trouble adapting to life outside the hospital, and he particularly struggles with the fact that his estranged wife (Brea Bee) wants nothing to do with him. Things change, however, when he meets Tiffany Maxwell (Lawrence), a young woman recovering from the death of her husband.

Despite their shared fragility, Pat and Tiffany develop a strong friendship that deepens when they partner for an amateur dance competition. O. Russell walks viewers through their training regimen, but he also spends time following Pat’s adjustment to home life. In particular, he considers Pat’s relationship with his father (De Niro), a die-hard Philadelphia Eagles fan who – after being laid off – is making a living as a bookmaker.

As the Oscar nominations indicate, the acting in “Silver Linings” is superb. Every major player is a standout, and the supporting cast is excellent as well. As great as the performers are, they don’t deserve all of the credit. O. Russell sets each scene expertly, delivering a perfect mix of character development and plot. The result is a great picture that movie buffs will return to year after year.

1 star
Rated PG-13 for language and some risqué material
Paramount
Available on: DVD, Blu-ray, digital download an on demand

“The Guilt Trip” lasts only 95 minutes, but it is so lifeless and dull that it feels like a much longer venture. In part, that’s because the project doesn’t have much of a plot, but that criticism ignores the fact that stars Barbra Streisand and Seth Rogen are no fun together. Whether they lack simple chemistry or whether it’s the fault of the Dan Fogelman screenplay is up for debate. The one certainty is that the movie is a failure.

The story centers on a geeky scientist named Andy (Rogen) who invents a cleaning product that is both good and environmentally friendly. So, he plots a cross-country tour to sell his product to major retailers. Before leaving, he visits his doting mother (Streisand) who casually tells him about a passionate affair she had before meeting Andy’s late father. Intrigued, Andy does some quick detective work and learns that his mother’s former lover may still be living in California. So, he invites his mom on his trip in hopes of arranging a meeting. As the movie enters this stage, things really unravel. Presumably, director Anne Fletcher (“27 Dresses,” “The Proposal”) was attempting a road trip film with elements of “The Odd Couple.” Instead, viewers are treated to endless bickering.

Andy’s mother can’t stop giving him advice, and Andy, like many children, would prefer that she leave him alone. Because of that, their journey is filled with sparring, much of which is annoying enough to leave viewers irritated by both major characters.

Watching someone drive across the country and peddle soap isn’t exactly exciting, and things liven up only marginally when Andy and his mother fight. Sadly, that’s about all “The Guilt Trip” has to offer. Of course, there’s a climax of sorts, and Andy and his mom come to understand each other. Revealing this doesn’t give anything away because it’s a given, and anyone who picks up the DVD or Blu-ray will be aware of that.

The DVD release has no extras, but the Blu-ray comes with several making-of features, deleted scenes and a gag reel.

It’s easy to warm to actors like Mark Wahlberg and Russell Crowe because they are so at ease and confident in front of the camera. But, like standouts in any profession, there’s only so much weight they can carry. In “Broken City” they start with a hefty load, and it becomes unbearable due to a subpar Brian Tucker screenplay and lackluster execution from director Allen Hughes (“The Book of Eli”).

The movie tells the story of New York City Police detective Billy Taggart (Wahlberg), a well-meaning lawman that winds up in court after shooting a thug that he believes raped and murdered his girlfriend’s sister. Although Taggart is cleared of wrongdoing, his police captain (Jeffrey Wright) and the New York City mayor (Crowe) remove him from duty.

Seven years later, Taggart is working as a low-rent private detective when the mayor asks him to spy on his wife (Catherine Zeta-Jones) and tell him whom she is having an affair with. Desperate for cash, Taggart takes the lucrative assignment, but feels betrayed when the man that he implicates is killed. Convinced that the mayor ordered the murder, Taggart decides to bring the politician to justice.

The setup for “Broken City” is solid, and Whalberg and Crowe do a fine job establishing their characters. Sadly, Hughes’ work is less compelling. In telling the story, he takes viewers on a circuitous journey that’s littered with subplots. Some of these side stories are fascinating, and dragging a mystery-thriller through twists and turns is a solid strategy. But Hughes’ work is confounding because many of the subplots, including one involving Taggart’s girlfriend, are seriously underdeveloped.

Since the film runs only 109 minutes, Hughes could have reasonably fleshed things out without sacrificing pacing. In fact, the additional depth would have made the characters more appealing and added to the excitement of the plot. As presented, however, the film will leave many viewers scratching their heads when they should be squirming on edges of their seats.

DVD and Blu-ray extras include deleted scenes and a making-of feature.

“Not Fade Away”: Film about three friends trying to make it as a rock band in the 1960s. James Gandolfini, John Magaro, Jack Huston, Will Brill and Bella Heathcote star. Written and directed by David Chase.

“Kaijudo – Rise of the Duel Masters – Dragonstrike”: Five episodes of the animated adventure series that runs on The Hub cable channel. The action centers on a boy who can summon powerful, magical creatures.