Video Verdict: Reviews of ‘The Lunchbox’ and ‘Afflicted’ 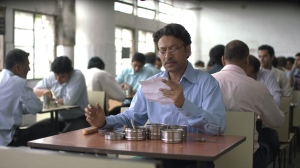 No major, mainstream movies are making the transition to home video this week, and that puts the spotlight on a clever foreign drama and a limited-release horror film.

2 stars (out of four)
Rated R for disturbing bloody violence, and language
Sony
Available on: Blu-ray, DVD and digital download

The found-footage style of movie presentation has become so overused that only the most creative directors can employ it successfully. Once, this directorial style, which relies on supposedly “real” footage captured by players in the film, was seen as inventive and fun. Today, it is most often used when filmmakers lack the funding or skill to make a more traditional movie.

With Derek Lee and Clif Prowse, co-writers, co-directors and stars of “Afflicted,” the culprit was most likely budget because the men show a good deal of talent in their movie’s early frames. Sadly, the film slowly digresses into a string of found-footage clichés that drain anything resembling excitement.

Like most movies of its ilk, “Affliction” begins by introducing the key characters, in this case Derek (Lee) and Clif (Prowse), two guys who are about to embark on a year-long journey around the world. Clif is nervous about the trip because he’s not much of a traveler, but Derek is a grizzled road warrior with a yearning to see new sights. In part, this is because he has a brain abnormality that could kill or severely disable him at any time, and he wants to see the world before this happens.

“Afflicted” differs from many found-footage projects because Clif is established as a trained filmmaker who is chronicling the journey for a travel blog. Because of this, the movie’s early scenes are presented like a documentary, complete with high-end graphics, sophisticated editing techniques and professional framing. This gives the movie a tremendous advantage over many found-footage peers because the video is actually watchable.

Sadly, the movie’s narrative structure requires Lee and Prowse to drop the production value after the first act, and viewers are quickly subjected to an onslaught of images that might as well have been captured by a GoPro tossed into a running blender. When this happens, the lighting becomes terrible, the framing is usually lousy and the entire project begins to feel like a tribute to 1999’s “Blair Witch Project.”

In fairness, one must note that the rapid decline in production quality makes sense when related to the onscreen story. Unfortunately, it also eliminates almost everything that made “Afflicted” unusual and intriguing.

Like so many movies of its genre, “Afflicted” chronicles a series of strange events. At first, the happenings that Derek and Clif endure are just mildly worrisome, but as the 85-minute project presses forward, they become downright nightmarish. The idea is for viewers to become increasingly enamored with the story. This isn’t likely to happen.

Those familiar with this genre have seen most of Lee’s and Prowse’s tricks before, meaning “Afflicted” actually become less involving as it chugs toward its climax. For a thriller, there is no greater flaw.

Blu-ray and DVD extras include deleted scenes and behind-the-scenes features.

Indian writer-director Ritesh Batra makes an auspicious entry to the world cinema stage with “The Lunchbox,” a sweet, foreign drama with universal appeal.

The story centers on Ila (Nimrat Kaur), a hard-working, Mumbai housewife and mother who is largely ignored by her self-centered husband, Rajeev (Nakul Vaid). In a desperate bid for affection, Ila spends hours honing recipes and cooking elaborate lunches for Rajeev, who only acknowledges her efforts when prompted.

One day, Ila realizes that her lunches have been mistakenly misrouted by the delivery service that picks them up at her home. This means her meals are actually going to someone else, so – at the advice of her aunt – she packs a note with her next meal.

It turns out that her food has been going to Saajan Fernandes (Ifran Khan) a widower who is about to retire from his demanding, white-collar job. Intrigued by Ila’s note, he writes back, sparking an ongoing written dialogue between the two characters.

Because “The Lunchbox” is an Indian movie (presented in Hindi and English with subtitles) the nation’s culture is key to the happenings. This gives Western viewers something exotic to latch onto, but the story is so well constructed that it could be successfully adapted to any culture.

When one looks beyond the asides, he or she finds a romantic drama with terrific insights about the intimacy of the printed word and the connections that individuals can build without a face-to-face meeting. Since Ila and SaaJan are separated by decades, the movie also asks interesting questions about the importance of age in human relationships.

Perhaps most importantly, Batra refuses to answer the questions he poses. Rather, he lays his big ideas on the table, allows his characters to flesh them out and leaves the heavy lifting to viewers. This is a courageous approach, particularly when making one’s first feature-length movie. It is also the correct tactic, and “The Lunchbox” is a better film because of it.

DVD and Blu-ray extras include an audio commentary by Batra.

“Helix” – Season 1: First 13 episodes of the Syfy series about scientists who travel to the arctic to study a disease outbreak with the potential for worldwide devastation. Billy Campbell, Hiroyuki Sanada and Kyra Zagorsky star.

“Monster High” – Clawesome Double Feature: This home video release contains two of the “Monster High” TV specials that first aired on Nickelodeon: “Fright On!” and “Escape From Skull Shores.” Both movies are centered on teen monsters dealing with the universal issues of young adulthood.