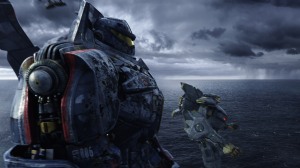 This week’s major home video releases include a buddy-cop drama with Melissa McCarthy and Sandra Bullock and a science-fiction spectacle directed by Guillermo del Toro.

3½ stars (out of four)
Rated PG-13 for sequences of intense sci-fi action and violence throughout, and brief language
Warner Brothers
Available on: DVD, Blu-ray, Blu-ray 3D, digital download and on demand

Throughout his career, writer-director Guillermo del Toro has capably balanced pulp sensibilities with high-end art, and the result is a filmography that is fanciful and highly enjoyable.

With “Pacific Rim,” Del Toro throws his more serious side out the window to make a big-budget spectacle that pays homage to giant-monster movies like “Godzilla” and “Gamera.” The premise of the film is as silly as one would expect, but that’s OK. Del Toro has fun with the material and, as a result, the audience does, too.

“Pacific Rim” is set in the not-too-distant future when massive monsters, known as Kaijus, have begun popping through an inter-dimensional portal on the floor of the Pacific Ocean. In response, mankind builds giant, robot-like war machines known as Jaegers. These machines have a humanoid form, but they are as large as the Kaiju, and they are devastatingly powerful. The only trouble is that the Jaegers are so sophisticated they can only be controlled by two pilots who synchronize brain waves, thus sharing emotions and thoughts.

As viewers enter the film, they learn that Earth’s governments have mostly discontinued the Jaeger project because Kaiju attacks have become increasingly frequent and all resources are being poured into massive walls designed to keep the beasts at bay. It soon becomes clear, however, that the walls won’t work and the only hope for survival is the continued use of the Jaegers. This presents another problem. Few pilots are trained and compatible.

As the situation grows increasingly desperate, the commander of the Jaeger program, Stacker Pentecost (Idris Elba), asks retired pilot Raleigh Becket (Charlie Hunnam) to return to service. Raleigh is reluctant because his brother, who was also his Jaeger co-pilot, was killed while the two were fighting a Kaiju. Because the two were mentally connected at the time, the trauma was especially brutal. Sensing the desperation of the situation, Raleigh reluctantly agrees to return, where he finds a solid and unexpected mental connection with a young pilot-in-training named Mako (Rinko Kikuchi).

The plot is well designed considering how silly the movie really is. Credit that to Del Toro, who both directed and co-wrote the screenplay. Although he obviously put a lot of though into the picture, it’s still a basic action film, and the selling point is giant robots battling giant monsters. Think “Transformers” meet “Godzilla” and you have the right idea. Because of that, Del Toro spends a lot of time on the fight sequences and, unsurprisingly, he delivers.

The special effects in “Pacific Rim” are terrific, and the battles between monster and machine are epic. Del Toro also manages to avoid the action overkill that destroys some movies. Although the battles are the selling point, Del Toro infuses just enough plot to give audiences a break and keep them invested in the characters.

Hunnam is solid as the leading man, and Elba, Kikuchi and the rest of the cast give him apt support. The end result is a good, old-fashioned monster movie with all the modern trappings.

DVD and Blu-ray extras include deleted scenes, a blooper reel, making-of features and an audio commentary by Del Toro.

In “The Heat,” Sandra Bullock and Melissa McCarthy put a feminine spin on the buddy copy film, a male-dominated sub-genre made popular by movies like “48 Hours” and “Bad Boys.”

It would be hyperbole to call the movie groundbreaking because female cop teams have been making the entertainment rounds for years. “Cagney & Lacey” was a huge hit in the 1980s, and recent shows like “The Protector” have walked the same path. There are even more female-dominated shows that follow the basic buddy cop structure, making slight adjustments for characterization. “Charlie’s Angels” and “Rizzoli & Isles” come to mind. Still, for every buddy cop story about women, one can find at least 10 built around men, and that makes new entries quite welcome. This is particularly true when the production features charismatic performers like McCarthy and Bullock.

Bullock plays FBI Special Agent Sarah Ashburn, a cocky-yet-successful detective who made a name for herself solving high-profile cases. She also has a penchant for alienating fellow officers, a personality flaw that hurts when she is asked to work with Shannon Mullins (McCarthy) a brash undercover officer with the Boston Police Department.

Both officers are insanely confident, but that’s where their similarities end. Ashburn wears a suit to work and takes a polite, professional approach when questioning suspects. Mullins wears street clothes and gathers her information with physical intimidation. For obvious reasons, they clash… at first. As with most buddy cop films, particularly comedies, Ashburn and Mullins come to respect each other as they are drawn deeper and deeper into the case of a powerful drug kingpin.

Move beyond the fact that Bullock and McCarthy are women, and there’s nothing new or inventive about “The Heat.” In fact, it follows the same basic formula of movies like “Beverly Hills Cop” and “Rush Hour.” Because of that, the film is predictable, meaning director Paul Feig (“Bridesmaids”) has to sell it almost entirely on Bullock’s and McCarthy’s performances. It’s a tribute to them that he is successful.

Feig moves the action competently, and the plotting is just good enough to hold the material together. But this is McCarthy’s and Bullock’s show, and they deliver. Both actresses sacrifice subtlety for broad, comic moments, and they draw laughs using both physical comedy and spot-on comic timing.

There’s no getting away from the fact that “The Heat” is lightweight and derivative, but its formulas have been freshened just enough to make it fun. With McCarthy and Bullock on board, that’s enough.

“The Heat” Blu-ray release features a solid collection of extras including a number of behind-the-scenes features, audio commentaries, and deleted scenes.

“Defiance” – Season One: This SyFy series isn’t coming back for a second season until June, and that leaves viewers plenty of time to plow through the 13 episodes here. The show is set in 2046, years after a catastrophic war between humans and alien settlers. The focus is on Joshua Nolan (Grant Bowler), a drifter who becomes the chief lawman for one of Earth’s radically changed frontier towns.

“Plush”: Limited-release drama co-written and directed by Catherine Hardwicke (“Lords of Dogtown,” “Twilight”). The focus is on a rock star (Emily Browning) who realizes she may have endangered loved ones by starting a relationship with her new guitarist (Xavier Samuel). Cam Gigandet also stars.

“Eyes Without a Face”: October is the banner month for horror titles, and the Criterion Collection is using that as an excuse to role out a fresh, high-definition restoration of French director Georges Franju’s 1960 thriller about a plastic surgeon who pays a horrible price for trying to restore his daughter’s disfigured face. The movie is presented in French with English subtitles.

“Hart of Dixie” – The Complete Second Season: Season three of this CW drama premiered Oct. 7. Fans looking to see what came before can check out the 22 episodes presented here. Rachel Bilson stars as a New York doctor who must adapt to a new lifestyle when she starts practicing in a small, Alabama town.

“Embrace of the Vampire”: Direct-to-video remake of the 1995 movie by the same name. The plot centers on a teen girl (Sharon Hinnendael) being stalked by a handsome vampire. Directed by Carl Bessai.

“It’s a SpongeBob Christmas!”: Home video release of the Christmas-themed episode from SpongeBob’s eighth season. It is noteworthy because it was produced using stop-motion animation, which is different from the normal SpongeBob format. The episode originally aired in November, 2012.