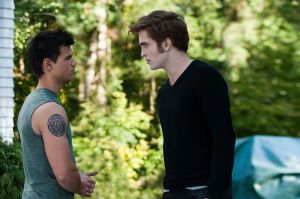 This week’s major home video releases are all over the map genre-wise, but the best of the batch is a special effects thriller starring Leonardo DiCaprio.

Inception
4 stars (out of four)
Rated PG-13 for sequences of violence and action throughout
Warner Brothers
Available on: DVD and Blu-ray

Describing “Inception” is a little like detailing a complicated scientific theory. It can’t be done in a paragraph or two.

What one can say is the movie centers on a man named Cobb (Leonardo DiCaprio) who, along with a group of associates, makes a living infiltrating people’s dreams and stealing their secrets. Cobb is haunted by personal problems, including the death of his wife, Mal (Marion Cotillard), and murder charges that prevent him from seeing his children. When a powerful businessman promises Cobb amnesty for completing one big job, he jumps at the chance. It is not, however, an easy mission.

Written and directed by “Christopher Nolan” (“Memento,” “Batman Begins”), “Inception” is a complicated thriller that combines the brains of an art film with the spectacle of a summer blockbuster. The plotting, much of which involves dreams, is intricate, but that doesn’t mean it’s slow. “Inception” has some of the most explosive action sequences of the year, and the special effects are astounding.

DiCaprio is terrific in the demanding lead role and he gets capable backup from Cotillard, Joseph Gordon-Levitt, Ellen Page, Ken Watanabe and Cillian Murphy.

The movie is available as part of multiple home video releases, including a combo pack that includes Blu-ray, DVD and digital copies. Extra features vary, but each release includes a number of making-of features.

The Twilight Saga: Eclipse
2½ stars
Rated PG-13 for intense sequences of action and violence, and some sensuality
Summit Entertainment
Available on: DVD and Blu-ray

“Twilight” films are all the rage with tweens despite the fact that none of them have been very good. Perhaps the popularity can be attributed to the cast, led by teen heartthrobs Robert Pattinson, Taylor Lautner and Kristen Stewart. Or maybe it’s the fact that love triangles are always intriguing, even when they’re soapy and melodramatic. Whatever the reason, “The Twilight Saga” keeps steaming along.

Thankfully, “Eclipse” is the best of the three movies released so far. Sadly, that’s not saying much.

“Eclipse” picks up where the second film, “New Moon,” left off, with Bella Swan (Stewart) determined to become a vampire. Alas, neither her bloodsucking boyfriend, Edward (Pattinson), or her werewolf pal, Jacob (Lautner), are keen on the idea. Making things more complicated is the fact that both Edward and Jacob are in love with Bella, and her own feelings are mixed up.

As the three leads sort through their relationship trouble, they are forced to deal with an even greater problem: A vampire army is being built in Seattle with the intention of attacking Edward’s family.

The special effects in “Eclipse,” particularly those involving werewolves, are solid, and the plotting is more intriguing than anything in the first two films. Sadly, the characters aren’t developed enough, even after three movies. One would think a centuries-old vampire would have more engaging things to do than brood with his teenage girlfriend, but Edward and Bella are as gloomy as ever. The more energetic Jacob was a breath of life in the earlier movies, but even he’s moody this time.

“Eclipse” comes with a new director, David Slade, but he seems content to build on the work of his predecessors. That means we don’t get any of the edge of his great 2005 film, “Hard Candy.”

The original “Shrek” was not only the best animated film of 2001, it was one of the best films of the year … period. Although the quality fell off for the franchise’s second and third installments, they were still good enough to recommend. Unfortunately, everyone’s favorite ogre hit a wall in “Shrek Forever After,” a movie that shows only glimmers of the wit and craft that made its predecessors family favorites.

The film begins with Shrek lamenting his life as a family man and wishing he could be a real ogre again. Through some trickery, the nasty Rumpelstiltskin gets Shrek to unwittingly trade the day he was born for the chance to return to his ogre-ly ways. That means Shrek discovers what the world would have been like if he’d never existed.

The setup is decent and the similarities to “It’s a Wonderful Life” make it a nice choice for holiday viewing. Trouble is, “Shrek Forever After” isn’t as clever or richly detailed as any of the first three films, and it was the details that made them a treat.

The voice cast, which includes Mike Myers, Eddie Murphy, Cameron Diaz and Antonio Banderas, is as solid as ever, but director Mike Mitchell allows the pacing to slip. As a result, “Shrek Forever After” feels long even at 93 minutes.

DVD and Blu-ray extras include deleted scenes and a filmmaker’s audio commentary. “Shrek Forever After” is available individually or as part of larger “Whole Story” boxed sets, which also include the first three films.

“Restrepo”: Documentary about the year that journalists Sebastian Junger and Tim Hetherington spent embedded with a U.S. platoon stationed in one of the deadliest valleys in Afghanistan. The film won the Grand Jury Prize at this year’s Sundance Film Festival.

“Cronos”: Criterion Collection release of the feature film debut from director Guillermo del Toro (“Hellboy,” “Pan’s Labyrinth”). The 1993 movie, presented in Spanish and English with English subtitles, tells the story of an antique dealer who discovers an ancient artifact with sinister powers.

“Frenemy”: Dark comedy about a group of friends who question their fate after witnessing a horrifying crime. The cast includes Matthew Modine (“Weeds”), Callum Blue (“Smallville”), Paul Adelstein (“Memoirs of a Geisha”), Adam Baldwin (“Chuck”), and Zach Galifianakis (“The Hangover”).

“LennonNYC”: Intimate look at John Lennon’s post-Beatles life in New York City. The film includes never-before-seen studio footage, home movies, interviews with Yoko Ono and rare recordings of popular songs, including “Mind Games,” “Whatever Gets You Through the Night,” “I’m Losing You” and “Imagine”.

“Boy Meets World” – The Complete Fourth Season: During season four of this 1990s coming-of-age comedy, Corey (Ben Savage), Shawn (Rider Strong), and Topanga (Danielle Fishel) navigate the ups and downs of teenage life during their junior year in high school. All 22 episodes are available on a three- DVD set.

“Thomas and Friends – The Lion of Sodor”: A collection of four computer-animated stories in which Thomas the train learns key life lessons, including the importance of listening and friendship. The release is available on DVD, digital download and on demand.

Forrest Hartman is an independent film critic whose byline has appeared in some of the nation’s largest publications. E-mail him at forrest@forresthartman.com