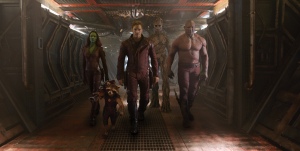 As we march into the new year and prepare ourselves for upcoming awards shows, it’s appropriate to reflect on the best movies of 2014. As usual, the year produced sure bets from well-known auteurs and a strong crop of art-house darlings, but we also had terrific pictures emerge from the much-derided cinematic mainstream. In fact, a number of blockbusters cracked my top 10. Following is the cream of the 2014 movie crop, complete with notes on how you can see them.

During any other year, this wonderfully acted drama might have landed in my top five. Reese Witherspoon plays Cheryl Strayed, a real-life woman who confronted personal tragedy by hiking the Pacific Crest Trail. The film is based on Strayed’s book, “Wild: From Lost to Found on the Pacific Crest Trail,” and screenwriter Nick Hornby and director Jean-Marc Vallée do a masterful job with the screen presentation. Witherspoon should receive a best actress Oscar nomination for her performance.

The robot Baymax hugs Hiro in a “Big Hero 6.”Photo courtesy of Disney

“The LEGO Movie” is getting most of the love when it comes to 2014 animated films, but this picture – about a boy who becomes a hero with the help of a puffy, white robot – is a real treat. The plotting is brave and surprising, and the animation is gorgeous.

Writer-director-actor Jon Favreau steps back from the world of blockbusters to deliver a charming movie about a celebrity chef (Favreau) who has lost touch with the important things in life. The film is funny and poignant, and it features outstanding performances by Favreau, John Leguizamo, Bobby Canavale and Emjay Anthony.

7) “The Theory of Everything” (in select theaters now)

The life of physicist Stephen Hawking is fascinating, and this movie focuses largely on his diagnosis with Lou Gehrig’s Disease and his relationship with his first wife, Jane. Eddie Redmayne is remarkable, playing Hawking at first as young and vital and later with increasing levels of disability. Felicity Jones is also terrific as Jane. Directed by James Marsh. 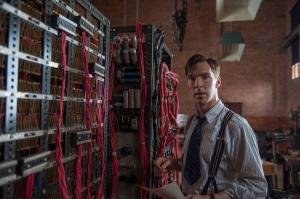 A number of this year’s best movies focus on true stories, including this drama about mathematician Alan Turing’s battle to crack the Nazi enigma code. Benedict Cumberbatch, as Turing, continues his string of remarkable performances, and Keira Knightley is solid as a Turing collaborator. Director Morten Tyldum gets the period details just right and tells the story with an appropriate sense of urgency.

5) “The Grand Budapest Hotel” (on video)

Writer-director Wes Anderson has one of the most recognizable styles in modern cinema, and it’s difficult to imagine anyone else making a film like “Grand Budapest Hotel.” The quirky picture uses an unusual narrative structure to tell the story of a remarkable concierge (Ralph Fiennes) working at a luxury hotel during a fictionalized time and place reminiscent of 1930s Austria. Anderson’s pacing and sense of humor are wonderful, and the art direction is fantastic. Tony Revolori, F. Murray Abraham, Adrien Brody, Willem Dafoe and Jeff Goldblum also star.

Often, teachers are depicted as cinematic saints, but “Whiplash” reminds viewers that few things are as disheartening as an unsupportive instructor. The movie features Miles Teller as a young jazz drummer who wants to be the best in his field and J.K. Simmons as a tyrannical college bandleader who demands perfection from his players. It’s tough to warm to writer-director Damien Chazelle’s characters, but “Whiplash” has an unrelenting energy that demands that viewers take notice.

This Marvel Comics science fiction film was the top-grossing movie of 2014. While box office proceeds and quality are often at odds, “Guardians of the Galaxy” made its way to the top with a smart screenplay, strong performances and fantastic special effects. Co-writer and director James Gunn (“Super”) infused the film with a perfect mix of comedy and action. Chris Pratt, Zoe Saldana, Dave Bautista, Vin Diesel and Bradley Cooper star.

“Fury” focuses on a tank crew fighting during the closing days of World War II.”Photo courtesy of Sony

Good war films are always dramatic, but they sometimes lack intimacy. With “Fury,” writer-director David Ayer solved that problem by focusing on a tight-knit tank crew fighting in Europe during the final days of World War II. Events play out from the perspective of Norman Ellison (Logan Lerman), a newcomer who joins the crew after one member is killed in combat. Brad Pitt, Shia LaBeouf, Michael Peña and Jon Bernthal also star.

This sequel to 2011’s “Rise of the Planet of the Apes” is more dynamic, more exciting and more emotionally rewarding than its predecessor. The film starts by explaining that much of the human race has been wiped out by plague. In the meantime, Caesar, the ultra-intelligent ape from the first movie, has founded a colony of smart apes in the woods near San Francisco. When some of the remaining humans infringe on ape territory, the two species must learn to work together or descend into conflict. Andy Serkis deserves an Oscar for his motion-capture portrayal of Caesar. The film, directed by Matt Reeves (“Let Me In,” “Cloverfield”), also features memorable performances by Jason Clarke, Keri Russell, Gary Oldman, Toby Kebbell and Kodi Smit-McPhee.

Runners Up (in alphabetical order)