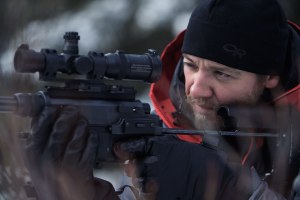 This week’s home video releases range from a quirky, R-rated comedy to a continuation of the “Bourne” espionage franchise.

2½ stars (out of four)
Rated PG-13 for violence and intense action sequences
Universal
Available Tuesday on DVD, Blu-ray and on demand

The three Jason Bourne films starring Matt Damon are exciting espionage efforts that have a near-ideal balance of plot and action. “The Bourne Legacy” is a sequel to those movies and, although it does a fine job with the stunts, the plotting isn’t nearly as inspiring, in large part because it’s redundant.

This time, the focus shifts from Jason Bourne to a U.S. intelligence operative named Aaron Cross (Jeremy Renner). Viewers learn that Cross is part of a government program designed to create super spies by enhancing their physical and mental abilities. That means Cross can do even more impressive things than Bourne, upping the ante for the action.

Cross becomes a liability, however, when U.S. intelligence officials face increasing scrutiny over events depicted in the earlier movies. In hopes of limiting their liability, they order the execution of all agents involved in the super-secret program that Cross belongs to.

After narrowly escaping one attempt on his life, Cross realizes what’s happening and goes underground. His chances for escape are made more difficult, however, because he is running out of the medication that enhances his abilities. So, he finds the government doctor (Rachel Weisz) that treated him, only to discover that she is being hunted as well.

As an adventure film, “The Bourne Legacy” is enjoyable. The pacing is quick, and Renner is an excellent choice to take over where Damon left off. Where the film struggles is in the storytelling, an odd problem considering that the movie was directed and co-written by Tony Gilroy, who was a writer on each of the first three films.

In fairness, the plot isn’t exactly bad, it just isn’t inventive or thought-provoking. In fact, it’s little more than a variation of the original “Bourne Identity.” Because of that, one’s enjoyment of the movie will be directly linked to his or her ability to stop thinking and simply go with the flow.

2 stars
Available in rated and unrated versions. The rated version received an R for crude and sexual content, pervasive language, and some drug use.
Universal
Available on: DVD, Blu-ray and on demand

Writer-director Seth MacFarlane’s first feature-length film is the top-grossing R-rated comedy of 2012, a fact that’s mind boggling considering how uneven it is.

The premise behind “Ted” is undeniably funny. A boy named John (Bretton Manley) wishes for his new teddy bear, Ted, to come to life. Astonishingly, this happens. But as John grows older, his close relationship with Ted threatens his ability to have a normal adulthood, including a relationship with his girlfriend, Lori (Mila Kunis).

Mark Wahlberg, a solid comic actor, adds depth and charm to the film, playing the older version of John. It’s also funny to watch what could happen if a beloved childhood symbol, like a teddy bear, were allowed to age and grow with its owner. In the case of “Ted,” that means bong hits with John, hookers in their apartment and plenty of foul-mouthed tirades. Obviously, this isn’t something for youngsters, but it is funny … for awhile.

The problem is that “Ted” is more or less a one-joke film. MacFarlane does a good job convincing viewers that Ted is an actual, thinking, feeling being. He should be commended for that because instilling normally inanimate objects with life isn’t easy. What MacFarlane doesn’t do, is place Ted in a story that really matters.

Yes, it’s funny that a teddy bear has grown up to become a foul-mouthed, pot-smoking womanizer. But it’s only funny for about 20 minutes, and MacFarlane’s movie comes in just short of two hours. Since MacFarlane made his name as the creator of the TV series “Family Guy,” it makes sense that he’s a master of short-form comedy. If “Ted” is any indication, MacFarlane has things to learn before he can fully utilize his skills on the big screen.

DVD and Blu-ray extras include a making-of feature, a gag reel and an audio commentary by Wahlberg, MacFarlane and co-writer Alec Sulkin.

One of the biggest problems with the movie industry is that studios often stick with successful formulas rather than focusing on the creation of new and inventive concepts. Because of that, moviegoers continue to see sequels that don’t have much to say. The fourth installment in the animated “Ice Age” saga is a perfect example of the phenomenon.

Although children may be pleased to see the return of favorite characters like Manny the mammoth, Diego the tiger and Sid the sloth, the story behind “Ice Age: Continental Drift” is neither fresh nor compelling. The tale begins, as the land masses of Earth are breaking apart and forming the continents we have today. During one particularly violent upheaval, Manny, Diego and Sid find themselves trapped on a massive iceberg that floats out to sea. Because Manny’s wife, Ellie, and daughter, Peaches, are trapped on land, the group spends the rest of the film trying to return home. This sends them on an “Odyssey”-like adventure filled with all sorts of dangers, including a showdown with animal pirates.

The animation in “Continental Drift” is beautiful, so young children should delight in the colorful images. Directors Steve Martino and Mike Thurmeier also do a good job with the pacing. There are a lot of action sequences – most centered around conflicts with the pirates – and viewers get some new characters, including an elderly sloth voiced by Wanda Sykes.

The voice cast of the previous movies is also back, meaning “Continental Drift” features substantial outings by Ray Romano, John Leguizamo, Denis Leary and Queen Latifah. Everyone does a good job, but the film is just average because the plotting doesn’t take us anywhere special.

The first “Ice Age” was great because it focused on the relationships between the major characters. This movie is more about those characters reacting to unfortunate circumstances, and the result is far less engaging.

DVD and Blu-ray extras include several making-of features and a short that recaps the plotting from the first three movies.

“Girls” – The Complete First Season: First 10 episodes of HBO’s comedy about a group of 20-something women living in New York City. The series was created by one of its co-stars, Lena Dunham.

“The Qatsi Trilogy”: All three films in director Godfrey Reggio’s trilogy about mankind’s evolving relationship with technology. The titles, all of which have been freshly restored by the Criterion Collection, are “Koyaanisqatsi” (1983), “Powaqqatsi” (1988) and “Naqoyqatsi” (2002).

“Following”: Long before director Christopher Nolan became an international sensation with movies like “Inception” and “Batman Begins,” he made this low-budget picture about a writer who forms a dangerous relationship with a burglar. Jeremy Theobald and Alex Haw star.

“41”: Documentary film about the life of America’s 41st president, George Herbert Walker Bush. The movie sets itself apart because Bush’s story is told in his own words.

“Why Stop Now”: Dramedy about an up-and-coming pianist (Jesse Eisenberg) who runs into a series of problems while trying to check his mother (Melissa Leo) into rehab. Tracy Morgan also stars. Written and directed by Phil Dorling and Ron Nyswaner.

– Forrest Hartman is an independent film critic whose byline has appeared in some of the nation’s largest publications. For more of his work visit http://www.ForrestHartman.com. E-mail him at Forrest@forrest@forresthartman.com.