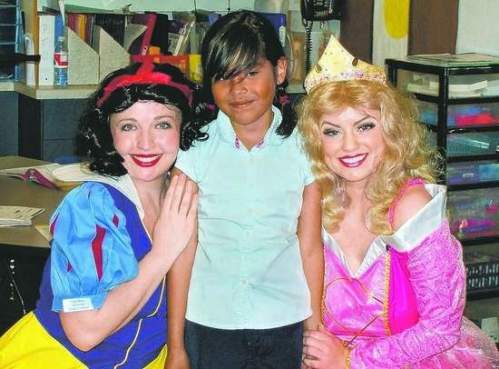 Sometimes Susane Tagayev has to fight back tears while talking about her new business.

The 57-year-old Carson City woman was laid off from her job of more than 15 years in January, and after months of fruitless job hunting, unemployment was taking a toll. Then she watched a video of a friend singing in the persona of a fairy tale princess, and everything changed.

“It brought such joy,” Tagayev said. “I was really feeling like there was just nothing. There was something about that little video.”

It reminded Tagayev of young adulthood, when she worked at Disneyland in California. And, when she learned that her friend was making money portraying princesses at special events, it sparked an idea.