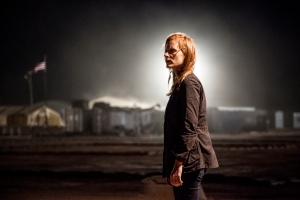 Jessica Chastain landed a best actress Oscar nomination for her portrayal of a U.S. intelligence operative in “Zero Dark Thirty.”