Video Verdict: ‘Inside Llewyn Davis,’ ‘The Book Thief,’ ‘Out of the Furnace,’ ‘Homefront’ 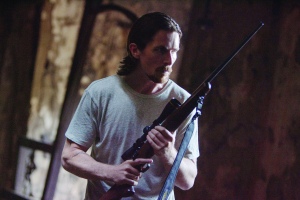 Christian Bale takes the law into his own hands in “Out of the Furnace.”

It’s another excellent week for home video with two Oscar nominees making their way to the small screen.

4 stars (out of four)
Rated R for language including some sexual references
Sony
Available on: Blu-ray, DVD, digital download and on demand

Filmmaking brothers Joel and Ethan Coen are treasures of modern cinema who somehow craft one great movie after another, regardless of the genre they explore. In 2010, they reinvigorated the Western with a beautiful adaptation of the 1968 Charles Portis novel “True Grit.” Their latest film, “Inside Llewyn Davis,” treads different territory but is just as compelling.

Set in 1961, the film introduces viewers to Llewyn Davis (Oscar Isaac), a fictional folk singer struggling to make it in New York’s Greenwich Village. Broke, and depressed by the death of his former singing partner, Llewyn survives by playing random gigs and crashing with acquaintances and fans, the most notable being the moderately successful folk-singing duo Jim and Jean (Justin Timberlake and Carey Mulligan) and a philanthropic academic couple played by Ethan Phillips and Robin Bartlett.

Although Llewyn is dependent on the kindness of strangers, he is not particularly kind. In fact, he spends much of the film strutting about with a poor-me sense of entitlement that Isaac delivers beautifully. One might think it dull to watch a self-centered individual attempt musical stardom, but the Coens make Llewyn’s story fascinating. Somehow, with the help of Isaac, they manage to turn Llewyn into a despicable, yet nonetheless riveting leading man.

Although the film received its Oscar attention in technical categories, the storytelling and acting are as wonderful as the visuals. Isaac’s spot-on reading of Llewyn is bolstered by wonderful supporting turns from Mulligan and Timberlake. All three actors sing, and Isaac and Mulligan hold their own with the far more experienced Timberlake. In fact, the music in “Davis” is a major selling point, and the Coens frequently pause to let T-Bone Burnett-produced folk tunes do the heavy lifting.

John Goodman and F. Murray Abraham show up in key roles, and both actors – like everything else in “Inside Llewyn Davis” – are terrific.

Blu-ray and DVD extras include a making-of documentary.

Holocaust dramas are ever-present, and that’s probably a good thing. Some events in human history are so tragic that it’s important for artists to remind us of them continually.

The most noteworthy, recent Holocaust film is “The Book Thief,” a cinematic retelling of writer Markus Zusak’s award-winning, 2005 novel. The movie, like the book, is narrated by Death (Roger Allam), who tells viewers that he normally pays little attention to humans. He makes an exception, however, for a German girl named Liesel Meminger (Sophie Nélisse), and “The Book Thief” is her story.

Viewers meet Liesel while she is travelling by train with her mother and younger brother. Because Liesel’s mother is a communist, she is in danger and must flee the country; her hope is to give both children to foster parents. Alas, Liesel’s brother dies on the train.

After the funeral, Liesel is delivered to her foster parents who seem a mismatched pair. The husband, Hans (Geoffrey Rush), is a kind-hearted man who strives to make Liesel happy. The wife, Rosa (Emily Watson), is hard-edged taskmaster who demands precision in all things. Liesel also meets and befriends Rudy (Nico Liersch), a boy from her neighborhood.

As Liesel grows more accustomed to her new home, the oppression of the Nazis becomes increasingly apparent. Out of necessity, Liesel becomes a member of the Hitler Youth movement, but neither she nor her family support the party politically. In fact, when her father and mother decide to shelter a young, Jewish man, Liesel is warned about the dangers to all of them.

Director Brian Percival does a reasonably good job with the presentation, and his cast is strong. Nélisse is a fetching presence on screen and Liersch is a similarly solid young actor. Rush and Watson are the veterans of the cast, and there work is typically excellent.

The movie’s biggest problem is in the setup. While a Holocaust film narrated by Death is clever, the character makes too few appearances, calling undue attention whenever he shows up. It may be that Percival and screenwriter Michael Petroni felt compelled to include the character because he plays such an important role in Zusak’s book. Of course, film is different than literature, and what works in one medium can fail in another.

Despite the narrative problems, “The Book Thief” has more plusses than minuses, and the importance of the subject matter makes it a worth seeing.

DVD extras are limited to deleted scenes and the movie’s theatrical trailer. The Blu-ray has these, plus a behind-the-scenes featurette.

Out of the Furnace

Christian Bale and Casey Affleck star, respectively, as Russell and Rodney Baze, brothers who live in a struggling Pennsylvania steel town. Rodney, recently back from the military, hasn’t come to terms with the horrors he saw in combat, and he suffers from a serious gambling addiction. Russell, on the other hand, is attempting to live a quality life with his girlfriend, Lena (Zoe Saldana), and he quietly pays Rodney’s debts to a small-time bookie named John Petty (Willem Dafoe).

Rodney’s life spirals further out of control when an accident lands Russell in jail. By the time Russell is freed, Rodney is paying his bills by competing in bone-crushing, backwoods brawls that Petty makes wagers on.

Desperate to earn more, Rodney convinces Petty to introduce him to shady characters running high-stakes fight rings in New Jersey. When both men fail to return from a match, Russell suspects the worst and goes in search of his brother.

“Out of the Furnace” is dark to its core and, as such, it can be unpleasant to watch. However, Bale and Affleck create such well-developed characters that it is easy to invest in their plight. The movie also seems perfect for our economically challenged times.

While most viewers won’t relate to the world of backwoods fighting, they should have no trouble understanding what it means to struggle financially or face off against demons. Cooper presents the material in a straightforward manner that is often foul yet always engaging. Along with the excellent turns from Bale and Affleck, the director draws a particularly good performance from Woody Harrelson, who plays Harlan DeGroat, leader of the New Jersey fight ring.

“Out of the Furnace” is a film noir for the modern age. The celebrity gangsters and sharp-tongued shamuses of the 1940s are replaced by a drug-addled sociopath and a troubled everyman, but all the other hallmarks are present.

The DVD release has no extras, but the Blu-ray includes an interview with Cooper and several shorts on the making of the film.

Like many of Jason Statham’s movies, “Homefront” is an unobjectionable, straightforward action film that provides exactly what its audience demands: action and lots of it.

Years later, Broker is living peacefully in a small, Louisiana town where he and his daughter, Maddy (Izabela Vidovic), hope to recover from his wife’s recent death. Things go awry, however, when Maddy gets in a fight at school, and a later altercation reveals Broker to be more than the average soccer dad.

Soon, Broker and his daughter find themselves tangled in an ugly web of small-town drug dealers, potentially corrupt law enforcement and the always-looming possibility of discovery by the toppled kingpin.

Director Gary Fleder (“The Express,” “Runaway Jury”) is a competent craftsman, and he moves the material at a pleasantly brisk pace. In fact, he keeps things clipping so nicely that it’s easy to forget just how typical the plotting is.

Nothing in “Homefront” – save a revelatory performance from actress Kate Bosworth – is surprising. And, as good as Bosworth is as a struggling drug addict, her supporting character isn’t important enough to make the movie more than a simple action vehicle.

Simplicity in itself isn’t a crime, and there are many things to like about “Homefront,” starting with Statham. He is a charismatic performer, and the film also features solid turns by James Franco, as a drug dealer, and Winona Ryder as his girlfriend.

Together the cast produces a movie that works well enough as entertainment but is as forgettable as it is straightforward.

“The Hunger Games – Catching Fire”: Second movie based on the series of young adult novels by Suzanne Collins. Jennifer Lawrence and Josh Hutcherson reprise their roles as Katniss Everdeen and Peeta Mellark, the young people who won the deadly Hunger Games competition in writer-director Gary Ross’ original film. For “Catching Fire,” Francis Lawrence takes over as director. Katniss and Peeta are forced into the Hunger Games arena again when the government develops a contest involving only former winners.

“The Broken Circle Breakdown”: This Belgian drama was up for best foreign language film during the most recent Academy Awards. Directed by Felix Van Groeningen, it tells the story of a couple who fall in love only to have their relationship tested by tragedy. Johan Heldenbergh and Veerle Baetens star.

“Enemies Closer”: Thriller about a forest ranger (Tom Everett Scott) forced to retrieve a drug shipment by the leader of a cartel (Jean-Claude Van Damme). Directed by Peter Hyams (“Timecop”).

“Barbie – The Pearl Princess”: Animated Barbie movie about a mermaid who dreams of becoming a princess.

2 responses to “Video Verdict: ‘Inside Llewyn Davis,’ ‘The Book Thief,’ ‘Out of the Furnace,’ ‘Homefront’”